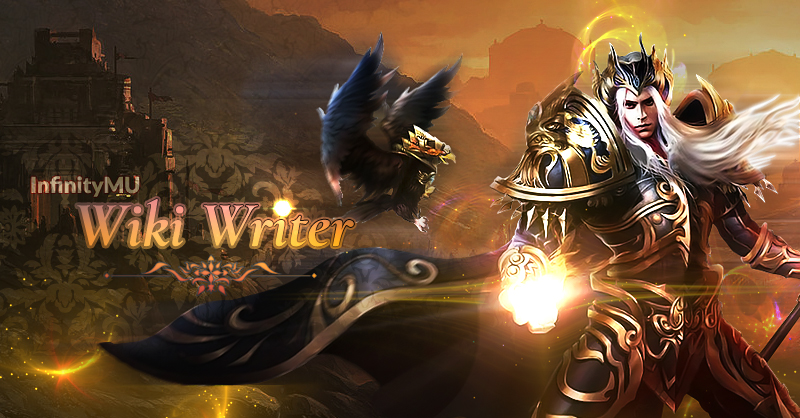 This season, the Wiki team has 15 special articles* that need their lores. So prepare your keyboard and start writing.

Deadline for submitting entries:18th of October
The poll will be made after the deadline.


Jack is an orphan kid living in the outskirts of the Tower. During his childhood days, he is fond of playing Hide and Seek with his friend Imes. He then grew up to be a fine young Blade Master. One night during the preparation for the Halloween Festival, As Captain Marlon is patrolling near the Stadium. He saw a dark figure saying "The Invasion is coming!" and then disappeared. He then warned all the people of what happened. Jack decided to stop whatever Invasion is coming. He went and look for the treasure that his parents left for him. After talking to Vault Guardian, He got a stash with the word "Pumpkin" in it. He opened it and what he saw is five Halloween boxes and a letter. He read the letter they wrote before they passed away "Dear Jack, We are sorry we didn't get to see you grow up. We decided to help the people during the previous Invasion. Do the right thing and always remember, We always love you no matter what." With tears, Jack dropped the five Halloween boxes and they began glowing. They became a set of Helm, Armor, Gloves, Pants and Boots. He said to himself; I’m going to say goodbye to my old self. Mr. Jack O. Lantern is no more, from now on call me Pumpkin. And with those words, the set flew as if it they became part of himself.

Watching Nearby is Amy the Potion Girl, She warned him about the Invasion. Pumpkin ignored the warnings. But Amy Insisted, “I can help you gain more power, with these Gemstones you can embed it in your gear to become stronger But in order to Unlock its full potential you need to awaken It”. With the help of Amy, He Put the Stones in the Relics Chamber. The New Harmony Jewels began to fuse with Pumpkin's gear. "I feel like I gained more power”. Then he goes on. As he went back to the Tower, He met Arthur and Sacred, They heard about the invasion. They each gave him their share of gear. Arthur's Excallibur sword and Sacred Mace Of King plus a pendant and rings. They said that they will cover Lorencia, Devias and Dungeon but they can't cover the Tower so they entrusted it to him.

It is now October 31st and the sun is getting real low, He can's still find the Tower. He said to himself " I think The Tower is Lost, Im here but I cant see it" Thats the thing people are talking about in town. Something about a Lost Tower. Still, he can't believe it's his own home Itself. After a while he saw something spawned like fortune Pouches. In the middle of it is a familiar looking figure. That's right, Its a monster that has an Armor, Helm, Gloves, Pants and Boots which is exactly look like his'. The Creature said "The Invasion is successful! Soon all of you will bow down to me!" and a swarm of Fortune Pouches goes to attack him. With swift and might, Pumpkin said "That's not going to happen, As long as I’m here". Then In a brief of ten minutes the fight ended and Pumpkin defeated them. Feeling humiliated, the creature spoke to him "This is not the end Pumpkin! We will come back after a year exactly at this moment and we will defeat you! Mark my words" and with that, He vanished.

The news quickly spread to the different parts of IMU and they all cheered and thanked Pumpkin who stopped the Invasion. With the Ceremony underway he removed his Helm, Armor, Gloves, Pants and Boots and put it in the Hall of Vault Guardian Imparting the words. "Do not be afraid of the Invasion, Train yourselves and do not fret. For the Dark path of Macro is not with you. Anyone can use this Gear, be it a Muse Elf, a Soul Master, Magic Gladiator, Dark Lord, or a Blade Knight. As long as you have a pure heart and a desire to help, you will succeed." With these words the Ceremony concluded and hailed Pumpkin as one of the Best Warriors the world of IMU has ever seen. 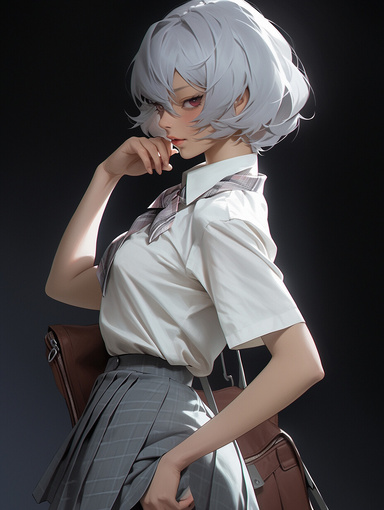 It was true and it was said that right just before iMU brave champions were born, the Messenger of Archangel hold its finger to their lips and whisper “shush… do not tell what you know...” that is why there is a cleft to every iMU brave champion’s upper lips and remembered nothing where they came from. Priestess Sevina, a dedicated member of faith in the kingdom of Devias has foreseen the future. She warned the people and the champions in the kingdom about the bad omen, after the dragon invasion a brutal warrior will rose back to claim his glory. At the east snowy plain of Devias, a champion with a smooth lip blessed by the God Floki was born named Myuren. He claimed to be reborn, and back on his glorious days he was known as “Gaion, a deadly gladiator who won countless battles in arenas”. Myuren seeks revenge and justice for his past life where “he was cheated on and was killed” in the arena to his previous life’s final battle that forever haunts him. The guild masters who manages guilds in Devias laughed at him and called him insane, Myuren was extremely insulted and with no hesitation, the reborn champion cut off the head of one of the guild masters and declared war against them. He killed them all by himself alone including the guild members. After Myuren slaughtered the guild masters and its guild members in Devias he travelled the vast continent of iMU wearing a vivid dark armor, dark as a crow’s feather, he storms the seas and wreak havoc in kingdoms. He only kills the strongest champion and those who survived lived their lives to tell the tale of Myuren, a deadly nomad who storm the continent and brings bad luck in every land he visited. His name was known throughout the continent of iMU as Myuren Storm Crow. Myuren’s relentless optimism held his anger and wrath together. To avoid getting cheated again in a battle he decided to hunt down Lord Kundun in Kalima to acquire Kundun Relics and stretch his wisdom. He does not know Lord Kundun himself awaits his arrival preparing a mass army of Aegis, Lord Centurion, Blood Soldier, Death Angel, Necron, Death Centurion, and Schriker. The army was able to slow and weaken Myuren but it was not enough to stop him from hunting down Lord Kundun and successfully snatching the Kundun Relics. While escaping Kalima, he did not notice the illusion of Kundun was chasing his back. He was caught off guard and both his feet were cut by the staff of myhos used by the illusion of Kundun. Myuren’s voice echoed in the realm as he screams in pain. He immediately spread his wings of darkness to reach the gateway and escape Kalima. After gaining the wisdom that he desired, he rested in Noria, where he was healed by the good fairies in the kingdom. Lara, the fairy gave him a pair of magical boots so he could walk. After he completely recovered Myuren was cursed with knowledge then was consumed by his greed towards power and vengeance, his retribution grows and afterwards, he killed the good fairies who healed him in Noria. He came back to Devias and scorched the snowfield with fire, challenging the most powerful wizard. Pasi, the mage tried to stop him but he cannot withstand his rampage. Myuren took Pasi’s magical scrolls and mastered it before he steps again in the arena. When Myuren arrived at the stadium the champions stared at him with gnashing teeth and criminal tongues. Everyone was prepared and confident to defeat him but no one has been successful. After the day Myuren was not satisfied, his battle hunger did not replenish and he decided to challenge the Lord Emperor of the stadium who he suspected to be his enemy that cheated on his previous life’s last battle. Myuren was able to defeat even the mightiest champion of iMU but, because of his proud honor as the strongest of all, he challenged the heavens and declared a duel against God Floki. God Floki did not waver and strike an unforgivable power that vanished Myuren out the realm. The God Floki inscribed his knowledge and powers into his armor before splitting it across the land. Whoever finds its pieces will wield an enormous power. If only walls could talk at stadium, it will tell not just where the champion Myuren Storm Crow armors are but the legend of the deadly magic gladiator.
Last edited: Tuesday at 3:35 AM
You must log in or register to reply here.
Share:
Facebook Twitter Reddit Pinterest Tumblr WhatsApp Email Link
Menu
Log in
Register
Top