I am here to appeal for my bann which is linked to cheat usage: https://forum.infinitymu.net/threads/vhen211.125341/

First of all, I agree to the terms and conditions of the rules. I watched the video proofs, and I am very surprised by the differences of the videos, which has of course impacted the outcome of the report. I would like to invite gently to see the difference between SuperStell's video and Brandy's video (where he is fightning, therefore, you can see clearly the hit dmg/reflect).

In this video , please note Min 3:59-4:18 ( Here can you see that I am constantly getting reflect and I fail to combo ( 2 combos in 19 seconds), furthermore, take a closer look from min 4:02-4:15 (you see my heavy fails in there due to the high amount of reflect i'm getting). From min 4:20, you will see I am only using slash due to laggy elves that are jumping, and I can't even make combo on them, because they jump and its hard to target, but most importantly look min 4:42-4:45 (here I get a lot of reflect, how can I be with no reflect?)

It's clear that I am getting reflect from my hits (and its especially obvious on the points that i mentioned above). I am surprised by the difference of SuperStell's video and *Tequila's, because even from my point of view, in SuperStell's video I seems to get no reflect, and this might be caused by external reasons such as different internet speed/delays/ping, but also when a GM is in godmode, you can't see ref, which is obvious when I compared the two videos. Hence, from the point of view of SuperStell's (which is in GodMode), of course I have no reflect, because he can't see it, while on *Tequila's video I get full ref the whole match, you can see how I fail combo/knww down. Therefore, I am here to appeal myself as a clean player, with no cheat usage.

Please, take in consideration the parts that I pointed out and have a discussion. These are not your words. You did not made this ban appeal. You know you failed and thought that a third party writer could help you out.

How do i know you didnt wrote this.
When i told you reread varamyr his most easyst pm. You reply'd "mi english bad"

what brought up our suspicion is the fact that you killed most of the players in the arena pretty fast.
i do see your character flinching from reflect, but there are some parts in the video when it was crowded that you pretty much ignored the rest around you.
7:45 until your kill on teq here you could almost couldn't control the attack speed of ur skills, and not to mention the odd kill you had on teq.
you want to prove us that you didn't use any 3rd program?
post a video following the steps in the 2nd comment in this thread > https://forum.infinitymu.net/threads/combo-master-tag-update.119850/
don't comment on me, just do as i asked.
Ask the guy who wrote your appeal to read it for you..

THe vid we asked, he send over PM to Peace, this need to be posted in the appeal not over PM.
We will review,


edit:
user has been requested to provide another video, therefore his account is unbanned for creating the video.
will be blocked again after he provide it.

On Behalf of the GM Team, Your ban appeal has reached us for FINAL review,

Your latest video you provided:

@4:20-onwards, on #Brandy video, This was the scenario we compared to the new Beerus. appeal video because this battle was so intense until the 2 Hathor Elves left.
But, on the Beerus. new video , Beerus failed to do it. Also, mostly on the timestamps, He still dominated by the Elves without Critical and Guild Buff on his new video.
That's why we believe that 3 elves is always be better on PVP then 1 BK, Last, PK Monthly Event at least the 3 Elves they find hard to kill a Beerus. with Full buffs.

On the anti-reflect discussion, Comparing Beerus. ban appeal video with elves to the ban videos, Beerus. has reflect motion.

As for the conclusion for the reviews above:

1. Beerus. has no valid kill on the new video he provided except @1:38 @7:13.
2. On the PK monthly event, for me ,He used 3rd party program, I saw that he is using Logitech gaming mouse a gear capable of saving macro to its memory,
he able to erase it off while recording.
3. He has much more quicker recovery potrate/SD on the ban videos than the video of him with elves,
It was caused only by a high potrate / high SD regeneration using Macro. That's why we though it as anti-reflect.
4. He cheated in a form of AP/Macro in the last Big Event, judging due to his lapses on the new video he provided comparing to his banned video.

/For the conclusion above, We reduced the ban to Macro Usage [1st], with a duration of 31 Days.
Ban thread: https://forum.infinitymu.net/threads/beerus.125341/
/Thank you for your cooperation Beerus. 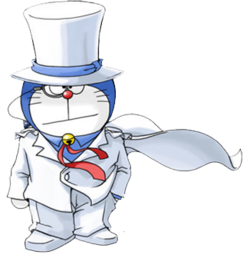