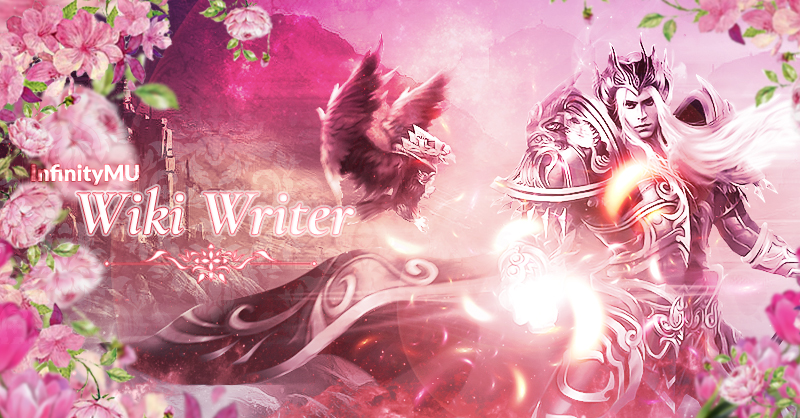 This season, the Wiki team has 12 special articles* that need their lores. So prepare your keyboard and start writing.

Deadline for submitting entries: 1st of May 2021
The poll will be made after the deadline. King Hanzo and Nyx, the Queen of Spiders

The kingdom of Lorencia was once peaceful and a kingdom that is strictly in order lead by the great warrior who crafts his own sword - Hanzo.
The peace and order was disturbed when monsters from deep dungeon started to come out and lurk around the kingdom.
These monsters lurking around the kingdom were handled by the great King Hanzo as he crafted a special sword made of Dark Steel - the only material that can kill the evil spiders who came out from the deep dungeon.
Many of the spiders that were casted and lurking around the kingdom were killed by the King that causes the anger of their Queen Spider Nyx.

Nyx, the Queen of Spiders hasn't really come out of the deep dungeon and living in peace since the Spirit of Archangel's presence was put in the middle of the Loren Kingdom but this event triggered the Queen to unleash the curse of the shadow.
As the power of shadow was Nyx's unparalled capability, she casted a curse on the whole Kingdom of Loren to not see the light of the sun forever and keep the whole kingdom behind the shadow of the clouds.
The grass and the trees around the whole kingdom started to wither and even crystals that can be seen in the forests were turned to stones due to the absence of the sunlight.

The whole kingdom blamed King Hanzo due to his act that supposed to protect Lorencians. He was then brought down from his beloved throne and since then, the peace and order in the Kingdom of Lorencia started to fade.
The used to be cradle of warriors and travellers from different kingdoms, trading point of Devians and Norians and even the riches of all kingdom with crytals and forest resources is now cursed behind the shadow.

During his leadership, Hanzo made a great decision to save amounts of Loren crystals and other resources from Lorencia such as the rare dark steel. So to make up with his lost reputation among all Lorencians, he crafted these materials that he earned during his leadership.
He made a specialized Dark Steel Helm, Armor and Shield for all Lorencian warriors and variegated it with the legendary Loren crystals to fuse the shadow color of Dark Steel with the glimmering shine of the Loren cystals.
He then named his crafts under Nyx - the one who cursed the whole Lorencia behind shadows and up to this date, the great creation of King Hanzo, the Nyx Dark Steel Helm, Armor and Shield is remembered as all Lorencian Dark Lords who happens to be the current leaders are the only persons that can wear his crafts. These Dark Lords also pays respect to the late King because of his craft and preserve a spot in Loren Town to continue with his works despite of all that happened. We can still see the late King's presence in Loren now as a great and legendary Blacksmith. 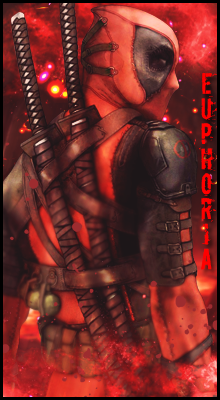 In the past, There was a prospering town ruled by the House of Browii. It has thick and tall walls that seems indestructable.A town where people can never starve. It was the heaven of all mercenaries in the iMU continent. It has no discrimination and let all the races co-exist. The lord of this town is Marlon's only true friend in war. This town was the best place to live until kundun's allied army started to march.

It happened when Kundun's allied forces, Balgass' army started an unexpected and rushed march. It was too late when they notice it. The fear and anxiety makes every people feels uneasy. But they have their lord. The lord who makes them happy, feel safe and full of energy. The lord who is a genius in commanding and the only rival of Marlon. This is Lord Browii.

Lord Browii, immediately announced the emergency and summoned all the available forces of his town to defend. All the mercenaries and soldiers who are available are summoned in the plaza. Lord Browii, who is equipped by their family heirloom, Adamantine set is standing at the front of the army. He gave orders to stand firm at the top of the walls and defend the town at all cost.
He buffed everyone with his skills and gave instructions to fight, but the problem is they are outnumbered. Balgass' army is almost 3 times of his army. There is a saying that you need 3times of the enemy forces to succeed in a siege battle. This makes Lord Browii concerned. But he never yield, He knew that when they hold it out for some time, reinforcements will arive.

The battle has started. The siege battle was so intense that they both loss almost 20 percent of their available soldiers. Balgass' vanguard is being commanded by the dark Elf commanders. The siege lasted for almost a week and neither forces are backing down. It happened in the 8th day when Lord Browii noticed some patterns and weakness in Balgass' army. He summoned his most elite knights and create a small force to detour and attack Balgass in the back. When the night comes, Lord Browii and his 10 knights started a stealthy but fast march and reached Balgass' area.


They launched a surprise attack to Balgass. Balgass, who was caught off guard loss his dominant arm. This is a huge gain for Lord Browii. He who specialize in Hand to Hand combat, this is like a blessing gifted by the gods. But the opponent is Balgass, the most feared army after Kundun. Balgass, who is enraged, rushed and kill 4 of Lord Browii's knights instantly. Lord Browii knew that his knights can't go and fight Balgass. He underestimate the enemy so he dismissed the 6 and orders them to stand guard outside and he will face Balgass alone. Balgass and Lord Browii fought until the sun rises. The match is so intense that Lord Browii's armor and helm got destroyed while Balgass is at the death's door. Before Lord Browii deals the final blow, Kundun himself shows up and saved balgass. He acknowledged Lord Browii and gave strength to his worn out set. The set got fixed and became stronger. Instead of engaging again, he issued retreat and celebrate the victory in his town.
Last edited: Mar 7, 2021 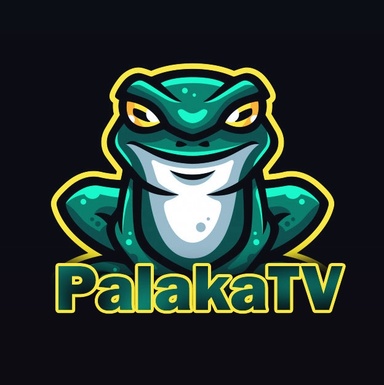 In the Land of Lorencia, Travelers from near or from a faraway land go to Lorencia to fight monsters and gain more strength, one of these travelers was a Wizard he was the last of his Order, the Order of the Nova, this Wizard possessed the SuperNova skill, which is special to their Order, But when this skill is used it drains too much energy that it would probably cost his life, But even with this skill he is still a weakling he only has a few other skills, doesn't have strong weapons, shields nor items, but he has the courage and a will to be stronger. He was a scavenger, who creates his items through scrap metals, bones, and other materials he can get his hands on from players and monsters that were defeated. Some of these items he sells, to have Zen for purchasing Food.

Each day passed, His Strength increased, as he ventures to the Farside of Lorencia. One Day he discovered a cave, A cave that no one dared to go into, signs were placed to not enter this cave, as no one ever got out, But this wouldn't stop Him from going inside. He entered the cave and found only bones, Bones of Monsters, and Bones of travelers. Deep inside the cave, he saw a Peculiar Set as it was shining in the darkness of the cave. As he tried to get near, the White Wizard and his orcs appeared, He fought them as hard as he could almost defeating the White Wizard, but the sheer number of the orcs was far too great, Nearing defeat, He then remembered the last gift he was given, the SuperNova Skill, With this skill he concentrated all his energy charging himself, and released such power that he defeated the White Wizard and his orcs, however, this drained most of his energy and could no longer stand and is about to die. With all the strength he has left, he crawled to the Set and touched it, he then realized this set was the Long Lost Evis Bone Set, an ancient set of a Great Wizard Evis who lost to the Darkness many years ago. Magically he absorbed all power of the Evis Bone Set and was the first one to go outside the cave Alive.

A Wizard who was weakling is now a Great Wizard himself, A Wizard who is using the power of the Evis Bone Set and now travelling to all the Lands in the InfinityMU Continent.
Last edited: Mar 8, 2021 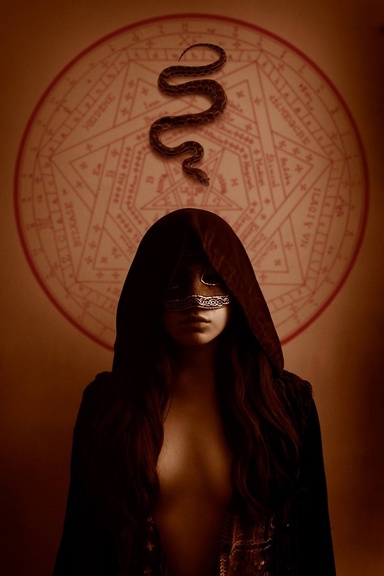 Gaia is the mother of InfinityMU,
the personification of Noria, untouchable spirit of the realm, and a goddess.
After a brief period of peace, Infinitians started ruling the world with brutality and autocratically.
She has witnessed the history of all Infinitians in Castle Siege, celebrating in victories and suffered with its defeat.

Gaia has lived through bloody wars and the dawn of Infinitians which brought the realm of InfinityMU to fall.
Tired of seeing the endless conflict, she refused to regrow which was lost to havoc and evil then decided to sleep forever.
But with the opening of Niflheim Gates releasing Lemulia and Ancalagon whose purpose is to destroy and inflict chaos,
She must emerge to save them through pitiful destruction.​
Last edited: Apr 5, 2021

Spring Edition closed.
The Poll has been made: https://forum.infinitymu.net/threads/nfinitymu-wiki-writer-event-spring-edition-2021.126607/