Finished Event The Chosen One, February 2021...


Event Description :
In this event, having bravery, power and teamwork is a must in order to survive.
Show your party leader that you really deserved the chance he gave you.
Make sure you give your best and protect your PT Leader at all costs.


Mechanics of the event :
5 PK Events will be hosted(BK/DL/SM/Elf/MG).
Registration period will be 3 min per PK Event.
Winner of each PK Event will be warped to GM Zone and is not allowed to join the next PK Events.
After all 5 PK Events all winners will be allowed to pick 4 players to join them on their party.
The 5 party(consisting of 1 PK Winner and 4 other players per team) will now be on a massive PK in which last person/team standing.
The last person/team standing will have all their party members be warped back to the Arena.

RULES :
All buffs allowed
All classes allowed
Summon is allowed
Any attempt to disrupt the event will lead to ban
If you are caught to use any bug/hack or somehow broke the main rules of the server you will be DC from the event

It is sayed that honor is achieved through a great and fearless death in the battlefield, where cowardness and weakness has no place, fallen from the hand of a great and mighty warrior. Through the eons that leads us back to the begining of our civilization and the ancient Kingdom of InfinityMU up until the present days, it has become a custom to gather and fight for Honor, fame and glory. On the Ruins of the abandoned Dungeons lies the ancient arena, where today many strong and fearless warriors arrived to take place on the celebration. Noumerous were the wizards and the knights, lords, elfs and gladiators, who came thersty for blood, fame and glory. The first stage was intense, with only few surviving to the next phase and once the stage one was over it was time for rest. For the winners have gathered in their party the most fearless and mighty comrades, and fought with full power against the other groups, that tried to steal their glory. And after an intense and harsh battle, the winning party was victorious! 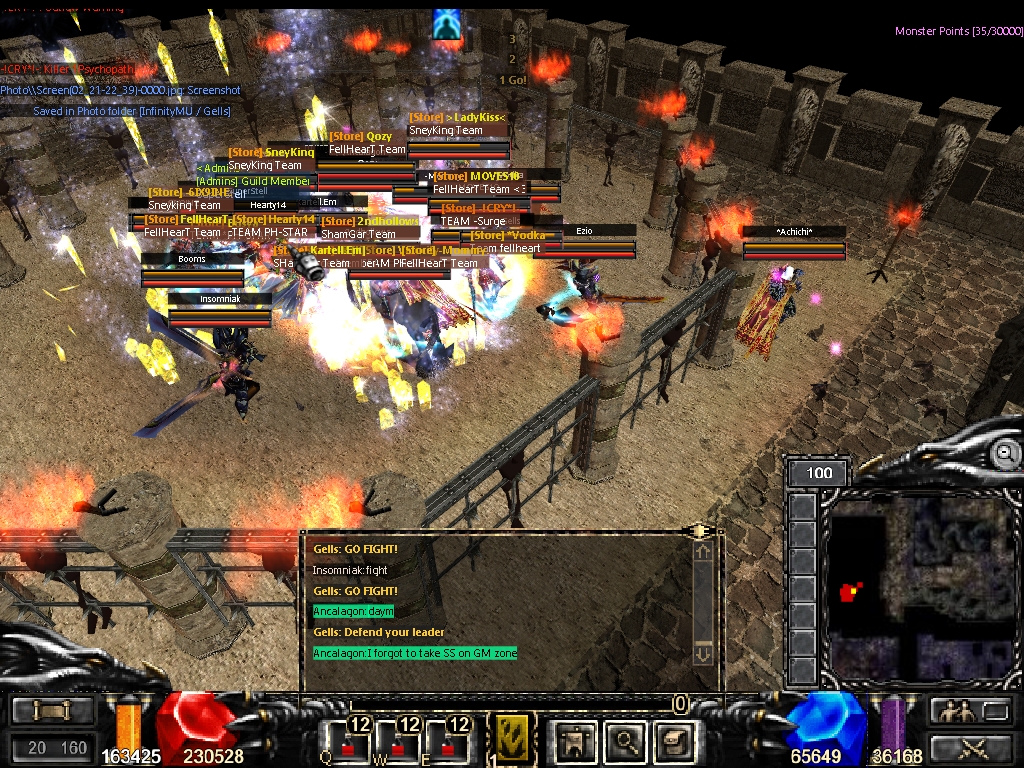 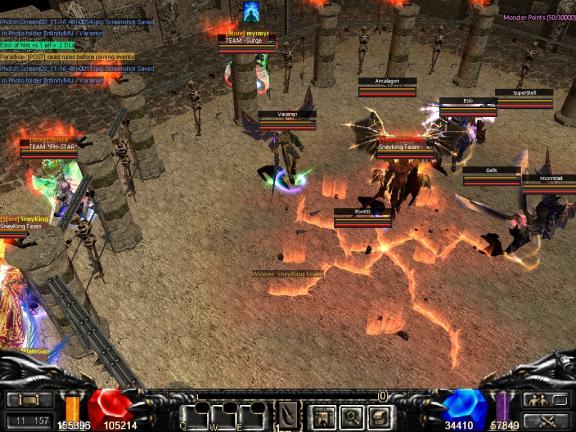 The members of the Council watching over the event:
Ezio, Varamyr, Booms, Ancalagon, Gells
Kronwell, SuperStell, Insomniak​
Last edited by a moderator: Feb 21, 2021